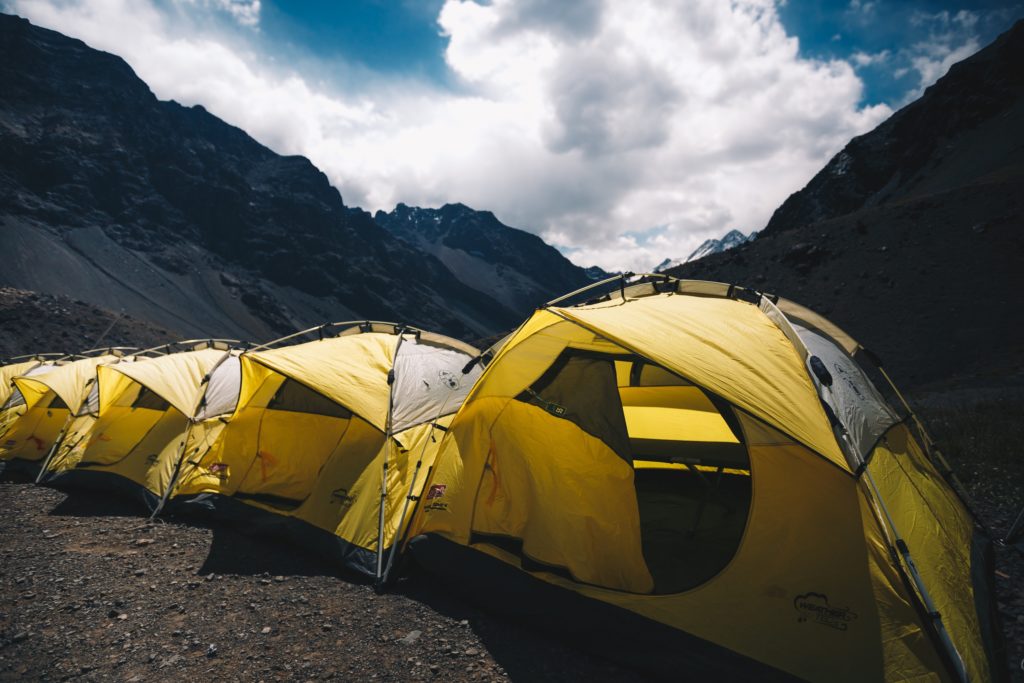 One of my favourite survival stories is the one about Joe Simpson. In a brutal climbing accident, Joe was abandoned (necessarily) by his climbing partner, and fell 150 ft down a crevasse. The injuries to Joe’s shattered right leg were so bad he eventually had six surgeries to repair it, and even then they said he’d never climb again (he did). Not to mention, before Joe fell he and his partner had just summitted the west face of the Siula Grande in the Andes – no small feat, as they were the first to ever successfully climb the 20,000+ ft monster. So to start there was total physical and mental exhaustion.

When he came to, after the fall, hypothermic and alone, he dragged himself out of the crevasse, across the ice, snow and rock, back to the base camp where he would eventually be rescued. The conditions were brutal: freezing temperatures and biting winds. He had no food or water, and eventually became delusional.

Left for dead, physically crushed, facing the interminable, unforgiving terrain, across a freaking GLACIER . . . what enabled Joe to survive?

Joe came up with a really perfect mental game for that scenario. It was just too psychologically destructive to imagine the total distance he had to cross to find base camp. So he played a game with himself. He’d choose a visible landmark, and told himself he’d crawl toward it for just 20 minutes. Then he’d go another 20 minutes. Then another. This went on for three days. Three days to cross five excruciating miles in more pain than most of us can even imagine. But he made it. What a freaking badass.

Joe wasn’t your typical adventurer. Years of climbing had, by his own admission, made him hard, obsessive, and ultra determined.

For better or worse, humans are predisposed to seek comfort and pleasure over pain and discomfort. It makes sense: we’re hardwired for survival because in prehistoric times, comfort meant you were doing OK — times were hard and we took our breaks when we could. At the time, this was an evolutionary advantage: resources were extremely limited and survival was an actual day to day struggle. Nature taught us to economize and never waste our energy. To put in additional effort could mean crossing the line between survival and death. This heritage of economy makes us naturally lazy.

Now, we live in comparably easy living (maybe too easy). But our hardwiring hasn’t caught up. Which means in order to grow, we sometimes have to create our own tension, our own obstacles, and then work to overcome them. Everything in your body will try to stop you from doing this. Growth… feels bad. Like someone ripping off the blanket when all you want to do is hit the snooze button one more time and hide from the day.

Here are some small but effective steps you can take to increase your pain tolerance and become more heroic on a daily basis:

It sucks, nobody likes it, and that’s why if you can make yourself do it, it’s a simple and easy way to create some mental toughness. For the last minute of every shower you take, turn off the hot tap to whatever degree you can stand — the colder the better. Try to build up to turning the tap completely off; each day, make that cold shower just a little colder, and turn the tap off a little bit faster (doing it gradually takes out some of the sting). If you get to the point where you can turn the tap completely off, and not gasp for breath? You are doing what 99.9% of the population will persistently, actively resist. That’s strength. Doing this every day will make you harder and if you do it first thing in the morning, you’ve set a resilient tone for the whole day.

You’ve probably come across the famed Stanford marshmallow experiment, where researchers gave kids age 4–6 a choice: eat a treat now, or wait 15 minutes and get two. Each child was left alone in a room to deliberate. It was a simple test of will or “delayed gratification.” When the researchers followed up on the subjects years later, there was a strong correlation between having delayed gratification and other succes markers in life: the delayers had more general health & accomplishment, by measurable standards: higher SAT scores, and better Body Mass Indexes, for example. The strength of the correlations surprised the researchers themselves. It indicated that this simple ability to use executive function and determination rather than primitive impulse—forgoing short term satisfaction in favour of long term achievement—is one of the core predictors of success.

Accepting this idea in principle, here’s my simple suggestion to increase Grit by way of impulse control:

Anytime you have a craving, set a timer for 15 min. At the end of 15 min check to see if you still want whatever it is you thought you wanted. You may find that simply putting it off lets you move on to something else. If you still want it, either have it, or consider setting a timer for another 15 minutes, until either the impulse is gone, or you decide you really want to indulge.

Caution on this one: Willpower is like a muscle. So if you try to build it too often or too long in a single day, you may find that you have none left in the evening, which could lead to a dangerous rebound effect, i.e. binging. For example, if you’re trying to avoid sugary foods, smoking or other addictions, denying or delaying a craving just once may be manageable. Denying it a dozen times in a day may lead you go completely overboard when your willpower eventually fails — leaving you not only worse off healthwise, but feeling bad about yourself, which only compounds the problem.

You can start by using this technique just once a day, and build up your tolerance for delayed gratification over time, maybe adding an additional 15 minutes each day. Every day, a little more.

Pro tip: using the waiting time to do something productive or healthy (organize a to-do list, meditate or to a bunch of push ups/sit ups, even just sipping a glass of water); this can provide you with a dopamine boost that will give you a better chance of resisting temptation.

If you go to the gym, you’ll notice that a lot of people pull back right before the end of a set. Don’t be that guy. Or at work, people tend to relax and slump in their chairs a little deeper for that last 4 to 5pm stretch. Do not be one of those people. Imagine that for any task you do, the actual finish line is about 50 feet out from what everyone else is doing. When you’re feeling tired, force yourself to do that little extra. If you accomplish this repeatedly, you’ll get stronger, fast (mentally and physically) and you’ll leave every activity knowing that you gave it all you got.

Although you might never end up at the bottom of a crevasse like Joe Simpson, you are likely to face hardship of some type: obstacles in your business goals, caring for a terminally ill relative when you’ve already got a full plate, or going through financial hard times. When things get rough, you’ll be glad you took steps to grow tougher now.

Watch this film for inspiration: https://youtu.be/G4LD9vQ3Fjs